First thing to do - fit a Ute tray. This is where the camper box will go. 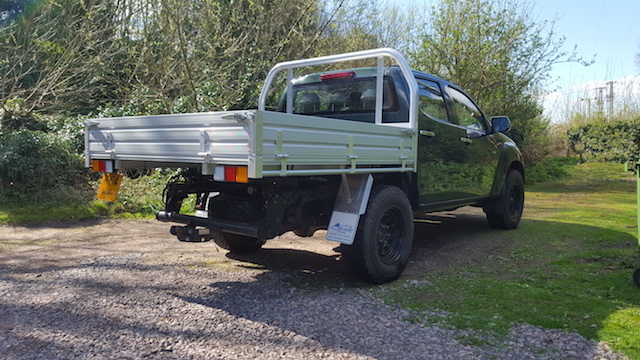 These are not common in the UK, but I lucked-out when an Australian import appeared on eBay. It was over 100 miles away, but bought it anyway and picked it up the next day after work. The seller was very helpful and we tied it up onto the roof rack in virtual darkness! Plan B would have been to visit Allybacks in Wiltshire who supply these and also fit if required.

Before taking the plunge, there was a day of preparation needed. The tray came with LED rear light clusters, but no mounting brackets or number plate lamp. I made some brackets from scraps of aluminium and fitted a couple of junction boxes for the wiring. 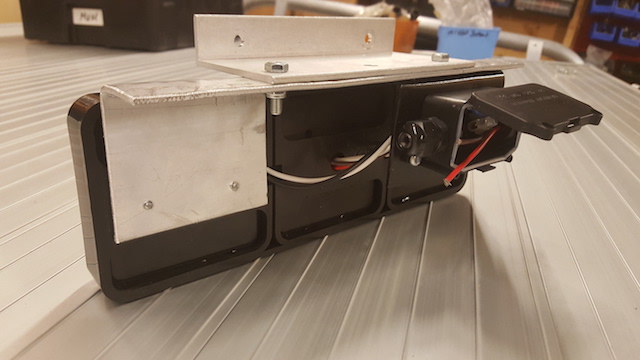 Off with the tub

The DMax has four 17mm bolts holding the tub to the chassis. Plus two smaller ones that support the rear arches. They're pretty easy to get to though the chassis bolts needed a breaker bar. After removing the lights, fuel filler it was ready to go.

To reduce the weight further I took off the tailgate but wow, it was heavier than expected. 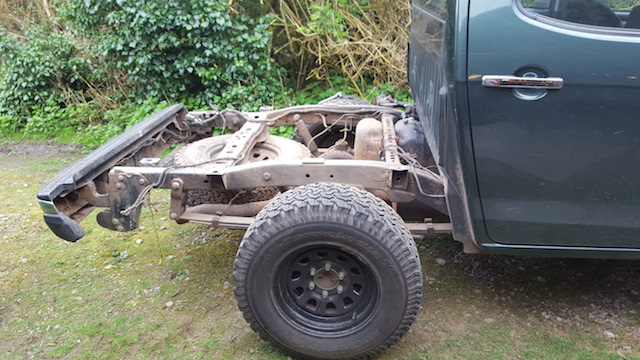 I've seen some conversions leave the rear bumper on. The advantage being that the number plate, lamp and reverse sensors can remain. However it looks "cleaner" being off in my opinion and saves even more weight. So off it came!

Mounting tray to the body

The two new tray mountings now need to be bolted to the chassis. It's important to ensure these are level, as the Isuzu mounts are about an inch higher at the front requiring some packing at the rear. A good guide I found was to use a spirit level on the door sill and use that angle for the tray. 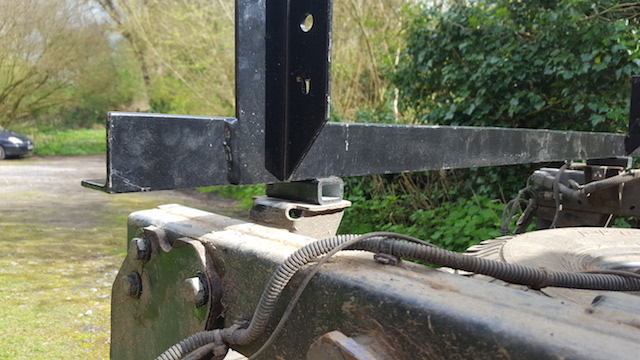 With the mounts bolted in place the tray can be put on. I fitted the headboard and positioned the tray leaving about an inch between it and the cab. With all the gaps/angles looking OK I could drill the main rails under the tray. 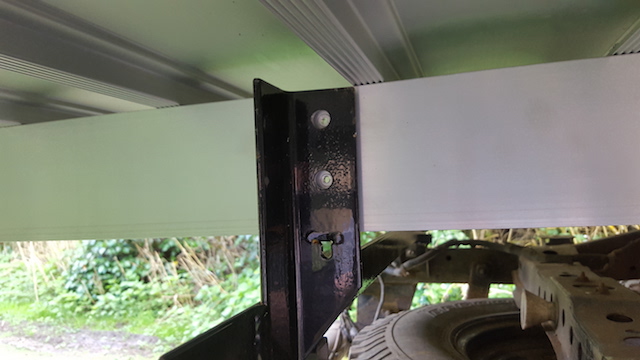 The fiddly part was the wiring and for me took the most time to get right. The wiring from the loom is too short to reach the lights and need to be extended. After a scout around the garage I found a couple of old SCART (video connection) leads. At one end each wire was stripped and soldered to the loom, the other end into the junction box fitted to the new lights.

In all it took about 10 hours, start to finish.

A few things still need doing which I'll get to in the near future: